Hello Everyone,
I cactually can't belive I only have 4 weeks left... The last moth past so fast, I didn't even realise an other moth was already over (which is why I didn't write anything in so long)...

Anyways, as I already wrote in my last post, we had quite a bit of snow (for irish conditions) in the beginning of march. I'd say it snowed arround 15-20cm one night which actually is quite a fair amount! Apparently they even hade up to 1m of snow up the country. And since they don't have any equipment to clear the roads, all the roads were closed and you could't get anywhere... I was very excited when it snowed! I think I got up at 6.30am and te first thing i did was running outside in my bare  feet :). Than I decided to put shoes on an went for a nice walk in the snow. I passed by a few very courageaous drivers, that went at abot the same speed I did, which I was finding very funny :). the next day I walked up to the horses in the snow. The owner of the horses and I than went on a beautiful ride in the snow! It was actually magical!
We also spent a lot of time just playing in the snow, building an iglou and snowmans, rolling big snowballs down the hill etc. It was just so much fun!! 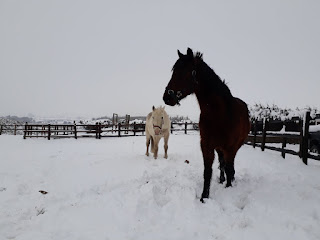 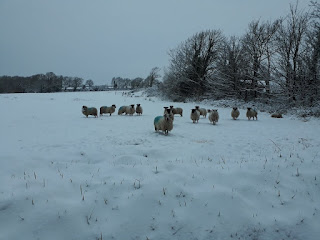 Than st. Patricksday came up. Sadly I didn't get to wear anything green, beacause I walked in the Killarney parade with the Order of Malta (my fist aid group), so I had to wear our uniform... But I'd say walking in the parade was a better experiance than just wearing green anyways ;) It was a fun but we were absoloutly frozen at the end and the music band that was supposed to be in the parade infront of us didn't show up so we had no music to our marching, which made the whole thing a little boring as well... But it was stll way more exciting, than if I just had watched the parade!
For the two days after st. Patricks day I went to limerick with the owner of the horses and her family. She has four incredibly adorable little boys, who are probably the only children arround here who still know how to actually play and be children. It was very nice of them to take me with them!

Than our easter vacation came up, which ment saying goodbye to the german exchange student, who was my only really close friend, after my hostsister left... But she was just too homesick to stay any longer and it turned out to be better for the both of us that she left. But before she left, we went on one of these tourist bus tours back to dingle and along the coast line back there. The landskape back there is absoloutly stunning!! And we were really lucky, because it was a wonderfull and clear day. Our busdriver was a lot of fun as well! somehow he kew a song to every single region we passed by and started singing it (I wa sjust glad he had a good voice, otherwise this trip probably would have turned into torture... ;)).


The next day we went to Killoglin for a good bye dinner for her with a good few other exchange students from arround, which was fun but I was a little too sad to actually enjoy it...

The rest of the vacation, I spent with the horses or just at home. Arround easter, my hostfather, my hostsister and the two fosterkids went up to Dublin for a few days. Sadly, I could't go with them, because the hotel was completly booked out... But it was okay, because I got to go to the beach und up to the mountains with the horses instead, which was truly amazing!! 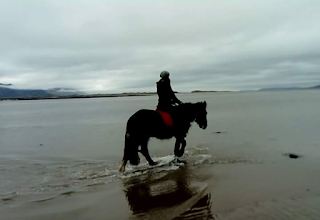 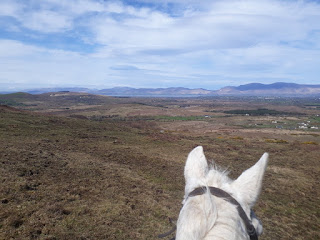 In the end of the vacation there was a first aid competition, also up in Limerick, where I went just to help out. I had to act as a casualty for the competitors to treat. It was actully really fun and the people there were all just so nice and easy to socialise with.

My hostsisther and I also took a 3 jiving lessons (Irish partner dance). It's just sooooo much fun!!! The best thing about this dance ist that you keep swapping partners so you get to dance with and talk talk to all kind of different peoples and it's just great!! I was by far the youngest person there but it didn't matter at all. Everyone was super lovely and the atmosphere was just so relaxed with everyone dancing and having fun! oh and obviouly the music is really good aswell:).

Also I got to go on a camping trip with school. About 40 studets of my year went for a 2 day hike from thursday to friday with the outdoorcenter, we ususally go to every monday. It was absoloutly amazing and I enjoyed it sooooo much!!! The hike wasn't too long, only abot 30km over the two days which was good because we didn't sleep very much so I think we would have been too tired to walk any further... And besides it allowed us to walk slowly, take breaks and enjoy it without anytime pressure. The scenary was fabulous and the weather was pretty nice with us as well (we only got into a little hailstorm in the very end of the second day and it was quite cold but I had enough cloths so I was fine (but i think I was the only one... thanks mom and dad; you have tought me well!))
But the best part about the camping trip for me was that it allowed me to get to know the irish students even better and grow closer with them! I feel like since the camping trip they have accepted me even more! (I wish the camping trip would have been earlier in the year though... because now that they have really accepted me as one of them I have to leave soon, which makes me kinda sad...)
Anyhow, I think this camping trip really was one of my highlights of this year!! 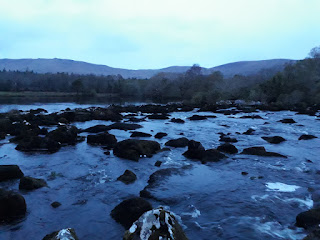 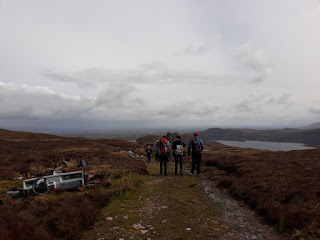 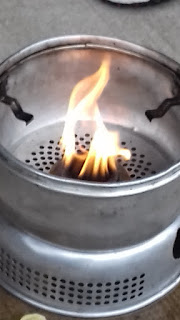 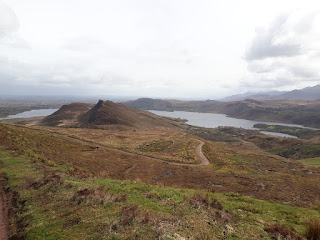 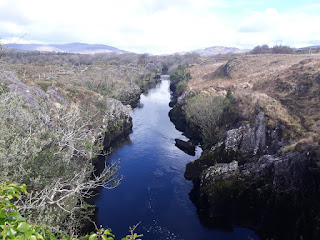 The weekend after the camping trip I went to Cork with my hostsister. It was great spendig some time with her, as she probably is one of the most important peole here for me. It was really a lovely weekend! She guided me thorough Cork, brought me to the zoo and to the movies and it was just so much fun! I am really going to misss my hostsister when I leave!! 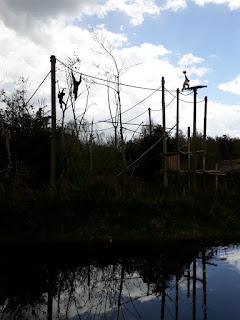 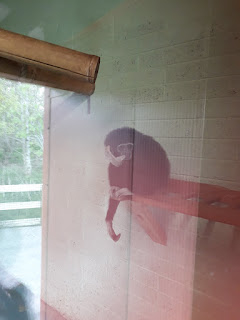 This will probably be my last post of this wonderful year, as I really jsut want to enjoy the last few weeks! Thanks for reading:)

Hello Everyone!
Month number 6 is over. Loads of things have changed:

The trigger for all the changes to start was actually my german hostsister going back to germany. To be honest I was really scared about what would happen when she leaves... But this fear was what drove me on! I was so scared to get homesick if I have too much time that I just found my self loads of things to do. And this is what brough all the changes.

Just after Christmas we went to a Magicshow with the whole famaily (besides the two little ones). This was our christmas present from our oldest hostbrother. The magician (Keith Barry) was really good and he does a lot of brain magic as well (which I


Hello Everyone,
I hope from all my heart that you all had a wonderfull christmas and enjoyed the time with your families and friends! The year is almost over. I am really thanksfull for everything that has happend to me during this year! It may not always have been easy but exactly these moments, the moments that were hard on me, were the ones that tought me the most. I learnd to appriciate so many things that seemed so normal. Things that were just always there. And because they were always just there I kinda forgot to appriciate them.

Hello Everyone
Another month full of experiances and emotions has passed.

It started off with Halloween: I was invited to a little "Halloween-Party" (basically the only thing we did there was watching movies and eating sweets). It was good beeing part of an Irish group and interacting with them even if waht we did was not very exciting or anything! Also there is a rather funny story going with that looking back (it wansn't funny at the time but it kinda is now). So my german hostsister and I told our hostparentes early enough that we were going to this "Halloween-Party" and asked them if they could drive us there.

Time is flying... Two month are already over! It kind of makes me sad that the time passes so fast because I feel like it everything just passes by me and that I'm not doing everything I could do... But every exchange student I have talked to is feeling simular so I guess that's normal.

Anyways, this month was pretty crazy... I don't even know where to start!
The beginning of the month was pretty quiet. One weekend I went to Killarney with a group of Irish friends, which was a lot of fun! I actually met them at the Busstation

I can't belive one month is already over! On one hand, it feels like I have been here for longer because so many things have happend. On the other hand everything is only slowly setteling down and falling in place now. I am starting to finde my place  in school and in the family.

As I said, a lot of things have happened:
On Thursday the 14.09.  We had a day off school because the Irish students recieved their results of  the junior cert (an important examam they write in 3rd year) and traditionally they

Hi Everyone! I'm Lynn, a 16 years old girl from Switzerland.